The Green Builder® Coalition is a not-for-profit association dedicated to amplifying the voice of green builders and professionals to drive advocacy and education for more sustainable home building practices. We unite individual small builders, building professionals and suppliers to drive policy-change and education for more resource-efficient home building standards. We work together to determine the smartest leverage points for legislative change and provide valuable opportunities for member networking and education. We are an action-oriented community of green builders and professionals dedicated to uniting and growing our joint expertise, values and voice to create stronger standards for sustainable, more environmentally responsible home building.

Why Become a Member?

Becoming a member of the Green Builder® Coalition gives you access to a determined network of like-minded home builders, building professionals, and related businesses eager to combine voices and create forward progress in the area of sustainable, healthy home building.

Formed in July 2010 by Ron Jones and Mike Collignon, Green Builder® Coalition is a 501(c)(6) organization. Kate McLean serves as Finance Director and Laureen Blissard is the Technical Director. 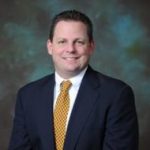 Drew Brandt is the Director of Industrial Business Units for Hyster-Yale Group. In that role, he is:

Brandt holds a Bachelor of Science degree in Business Administration with concentrations in Marketing and Management Science from Drexel University. 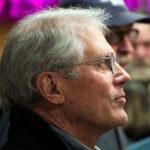 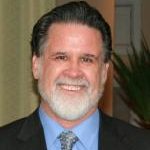 Bill Lazar is the Executive Director of St. Johns Housing Partnership. For 32 years, he has worked with affordable housing programs in NE Florida. The Partnership provides a variety of housing services from home repairs and new construction (rental and homeownership) to credit counseling and foreclosure prevention. The SJHP owns and manages 65 scattered site rental properties in addition to owning 2 USDA multi-family properties for seniors. Bill is a licensed residential contractor and a former green rater for the Florida Green Building Coalition. He has been a board member with the St. Johns Builders Council for over 20 years and is a strong advocate for high school and apprenticeship programs. He is a founding member of the Florida Weatherization Network, served one term on the board of directors for the Florida Green Building Coalition and one term with the Green Builder® Coalition. Most recently, he has been appointed to the Affordable Housing Advisory Council for the Federal Home Loan Bank of Atlanta. 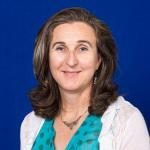 Deirdre Irwin is the Water Conservation Coordinator for the St. Johns River Water Management District. With over 30 years of experience at the District, she has worked with the agency’s surface water regulatory program, water resource education program, certification program development and water supply planning. Her work as the Florida Water StarSM Coordinator and Water Conservation Coordinator involves administering the Florida Water Star program and assisting with training and outreach for the program. Deirdre works closely with District staff in the development of regional water supply plans and coordinates a utility water conservation group that meets quarterly. 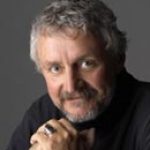 Internationally renowned pioneer of the green building movement, award winning builder, architectural designer, and the only person ever to serve on the national Board of Directors for both the U. S. Green Building Council and the National Association of Home Builders, Ron Jones, founder of GREEN BUILDER®, Co-Founder and President of Green Builder® Media LLC, is a unique individual within the sustainability arena.

Selected as Chairman of the Consensus Committee to develop the American National Standards Institute (ANSI) National Green Building Standard™, his lengthy resume of leadership bridges a wide variety of organizations, associations, industry groups, sustainability advocates and stakeholders, including seven years of service as an original member of the USGBC LEED for Homes committee.

Ron enjoys a distinguished record of industry service and green building advocacy at local, state, national and international levels. A Senior Life Director on the National Association of Home Builders (NAHB) Board of Directors, he served five consecutive years on the NAHB Executive Committee from 1998 through 2002, including two years as an NAHB National Vice President.

He has been a clear and persuasive voice for green building, both within the home building industry and across the wider community, throughout his years of volunteer service and elected leadership. 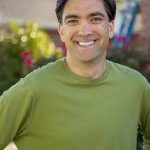 Finally, he has served as the moderator or host for Green Builder® Media’s Impact Series webinars since 2012, and is the Program Manager for Housing 2.0.

After receiving her Bachelor of Science in Corporate Finance and International Business from Drake University, Kate began her career as a consultant at Arthur Andersen.

She later joined the Huron Consulting Group, where she started in their Strategic Sourcing Practice. Kate earned a promotion to Manager, Higher Education Procurement Solutions Practice, where she designed and implemented procurement systems for 2 universities in the California State education system. 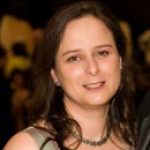 As the Technical Director of the Green Builder® Coalition and an occasional writer for Green Builder® Magazine, Laureen provides technical advice and specifications in the construction of green homes and buildings as well as green building programs. Additional duties include providing programming and design expertise on the Water Efficiency Rating Score (WERS)®, analysis of green home building programs, and public speaking at national and regional events.

As the principal of the firm LTLB Envirotecture, Laureen has managed or is currently managing the verification for over one-thousand homes and/or units that are either “green” certified or in the process of becoming certified. The firm also does additions and existing home retrofits for aging in place clients on a case by case basis. 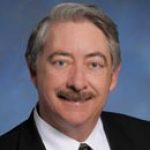 Since 2007, he has led the Energy Efficient Codes Coalition (EECC), which has united a unique support base – from government, environmental groups, businesses, low-income housing and consumer groups, manufacturers, utilities, and labor – to advance the development and adoption of building energy codes that put America on a glide-path of dynamic building efficiency gains. EECC has helped boost the residential and commercial building efficiency of the America’s Model Energy Code (the International Energy Conservation Code) by 38% and 35%, respectively, and has worked with local and state jurisdictions to support its adoption.

From 1978-1985, Fay and served as legislative director in the U.S. House and Senate, specializing in energy, environment, tax, transportation, & natural resource policy/regulation. He has testified before 11 congressional committees, worked for the Idaho Legislature, has degrees in accounting and political science, and successfully completed the Uniform CPA examination.